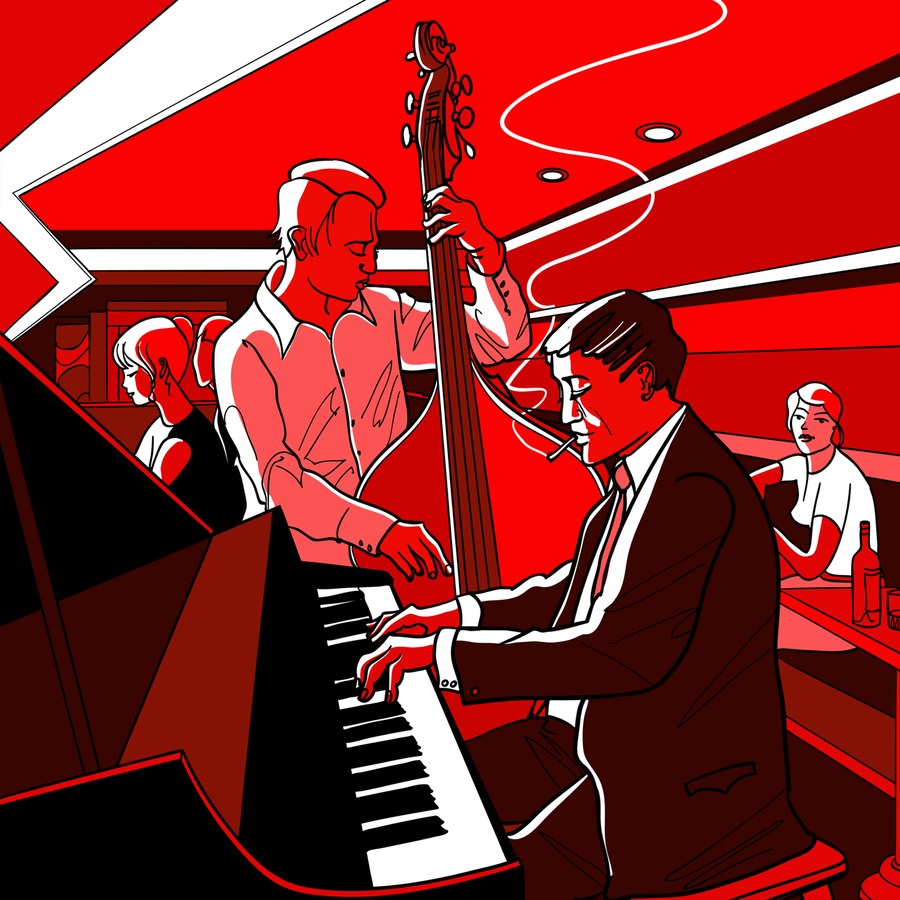 Jazz As You Like It with Tommy Carter & Russell Hanby

Our next Program is on March 22.

Tommy Carter has been entertaining Victorians for over seventy years. He is leader, vocalist and drummer with the Tommy Carter Family Band and the Graeme Coyle Quartet, playing every Sunday at the Baxter tavern. He also performs at several other locations from time to time, and often entertains the crowded venues with his singing and even whistling through his fingers!

In 1994, he was awarded the Order Of Australia (OAM) for sevices to entertain the community on the Mornington Peninsula. His association with radio goes back many decades - from football commentating with Jack Dyer on 3XY, running a sports program on 3KZ, being a special football commentator on 3MP - to working in several Community Radio stations in recent years.

Back in the 60's, Tommy conceived the idea for, and produced "The Battle Of The Sounds", heard on 72 radio stations throughout Australia.

In the 50's, Tommy and his Bands were very much in the Melbourne 50/50 Dance craze, playing at town halls and hotels. More recently, he has thrilled thousandsof radio listeners and patrons of clubs and hotels with his sharing of Traditional Jazz.

Episode not found. The most recent episode will be shown instead.

­
­
­
Search playlists
You currently don’t have any tracks for this episode. You can add tracks below.
Are you a community radio program maker? Apply here for your own program page.

Please enter words from the artist and/or track name in the search box above.
Want more results? For full airplay results register here.